Xandi van Dijk is one of the most versatile violists and leading chamber musicians of his generation. He is also a charismatic and well-respected conductor with a burgeoning international career.

Since the end of 2007 Xandi has been a member of the internationally renowned Signum Quartet. With them he has been a laureate of international competitions, and from 2011-2013 they were BBC Radio 3 New Generation Artists. Their recordings have received universal acclaim, and their debut disc for Pentatone, Schubert “Aus der Ferne”, includes a number of Xandi’s arrangements of Schubert lieder. This album was a Diapason choice, and won an Opus Klassik 2019.

Concert appearances have led the Signum Quartet from the Concertgebouw Amsterdam, the Wigmore Hall and the Berliner Philharmonie to the the Aldeburgh Festival, the Festival Aix-en-Provence and the BBC Proms. The Signum Quartet has recorded for Capriccio, harmonia mundi, Sony Classical and ECM, and currently records for Pentatone.

Born into a musical family in Cape Town, Xandi started conducting at age 14 and by his mid-twenties had conducted all the major South African orchestras. He premiered his father P.L. van Dijk’s opera earthdiving at the Spier Summer Festival, conducted the William Kentridge production of Mozart’s Die Zauberflöte in Cape Town and Johannesburg, recorded the soundtrack to the Philip Noyce blockbuster Catch a Fire and premiered struggle icon Denis Goldberg and Matthijs van Dijk’s Moments in a Life at the Stellenbosch International Chamber Music Festival 2016.

As a soloist, he has performed at the 8 Brücken Festival in Cologne, with the Münchener Kammerorchester, Kölner Kammerorchester and Folkwang Kammerorchester, as well as the Cape Philharmonic Orchestra. Xandi ‘s chamber music partners include Leon Fleisher, Jörg Widmann, Igor Levit, Nils Mönkemeyer, Nicolas Altstaedt and Elisabeth Leonskaja.

Xandi is principal viola of the Munich Chamber Orchestra, and a regular guest principal with the Deutsche Kammerphilharmonie Bremen, the Orchestre de chambre de Paris and the Estonian Festival Orchestra.

To further his artistic development as both chamber musician and soloist, van Dijk has had classes with Wolfram Christ, Lawrence Dutton and Yo-Yo Ma, and has worked together closely with the Alban Berg Quartet, the Artemis Quartet and the St. Lawrence String Quartet. His passion for Early Music also led him to a period of study of the baroque viola with Prof. Mayumi Hirasaki. He has had conducting masterclasses with Leonid Grin, Neeme Järvi and Paavo Järvi. 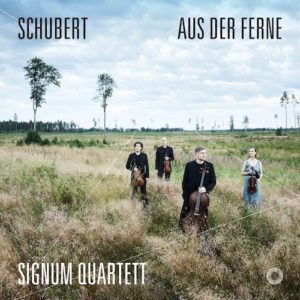 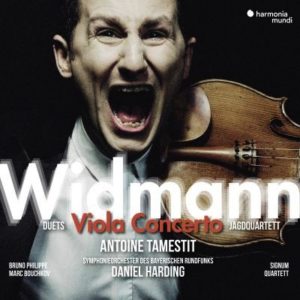 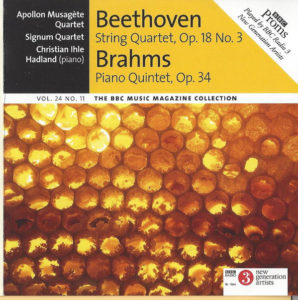 “their readings’ greatest beauty is the intimate emotional trinity they intertwine of dignity, fragility and pain. In fact just listen to their ‘Du bist die Ruh’, for then I need say no more.”

“while I’m instinctively sceptical about instrumental transcriptions of vocal works, I was persuaded by how well they work here, and the subtlety and intelligence of the performances.”

“The intimacy of the famous Andante [of D 804], the exceedingly gentle palpitations in the Menuetto as well as the authentic freshness of the Finale are emblematic of one of the most sensitive interpretations ever recorded.”
Diapason d’Or, September 2018 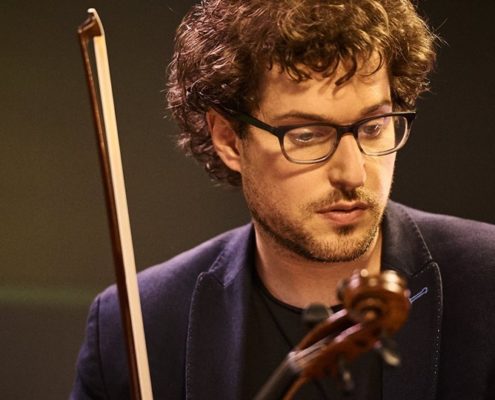 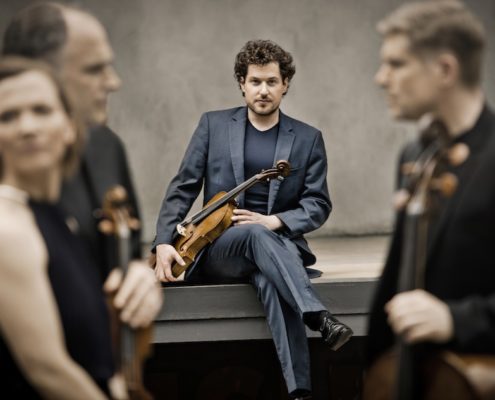 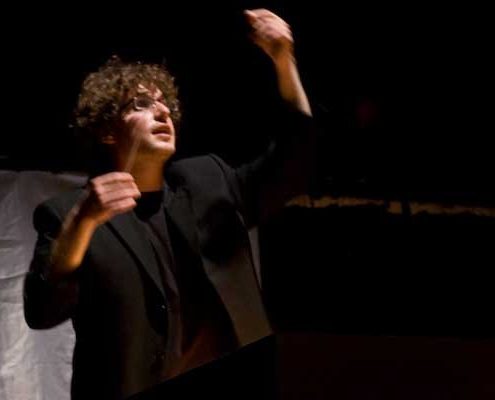 In 2015, the Signum Quartet launched Xandi’s project #quartweet, which looks at the connection between music and communication in the age of social media. Under the hashtag #quartweet, composers are invited to tweet short quartets of 140 notes or less on Twitter. The project has already received significant media attention, including features on BR U21-Vernetzt, Deutschlandradio, WDR Tonart, and BBC In Tune.

Renowned composers such as Grawemeyer Prize winners Sebastian Currier and Brett Dean, Pulitzer Prize winner Caroline Shaw, Bruno Mantovani, Steven Mackey, Kevin Volans and Konstantia Gourzi have already contributed to the project. This was launched together with the Princeton Symphony Orchestra, where #quartweets by established composers and Second Graders were premiered side by side.

More about the #quartweet project

(“Ooh, wa-la-la“, and apologies to © Simon and Garfunkel)

For all enquiries related to the Signum Quartet, please contact: